Bouli, the Water Reserves for the Dry Season

Bouli are man-made water retention ponds made in the 1980s as an alternative to wells. They are filled during the rainy season and are used as water reservoirs for watering herds and gardens. Over the years, however, they suffer from filling up with sand, silt and detritus which need to be removed.

For the region of Lilingo and Zougwaye, a study was carried out to build a new large bouli. 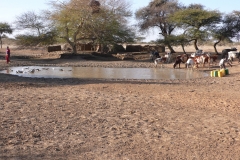 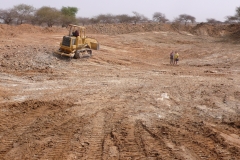 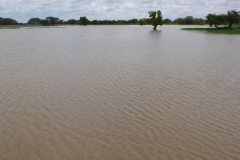 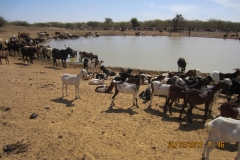